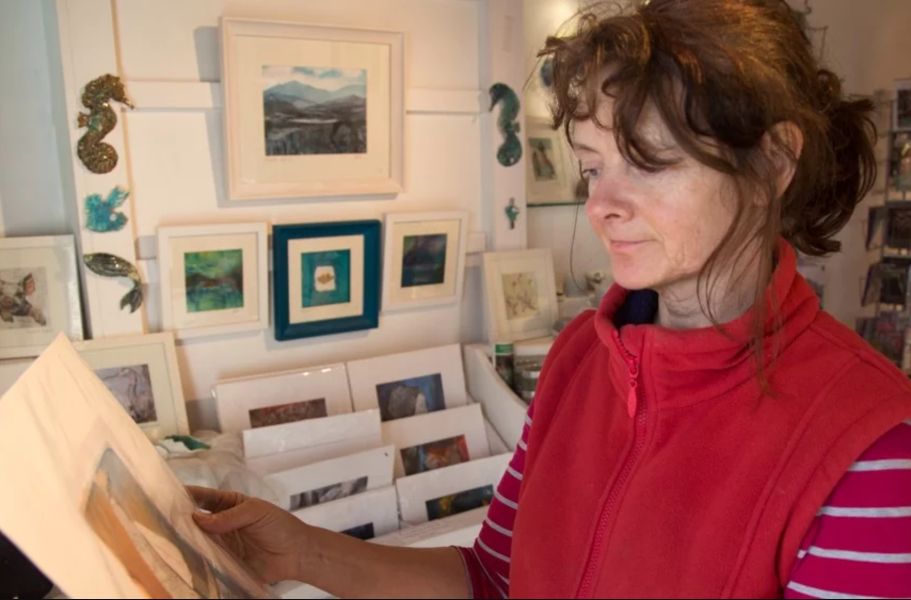 “  Mixed Media has always interested me, I  love to work & experiment with various mediums, textures & colours. Combining different materials together (Porcelain, Handmade paper, Acrylic painting, Drawings, Photography) gives me the freedom, challenge, excitement and fun of creating my own style of artwork . ”

Geraldine, a native of Tralee, County Kerry, Ireland, attended Art College in Dun Laoghaire, Dublin in the 1980s. Geraldine moved to Galway in 1986 and worked for a year with Macnas Community Arts Group.

In 1996 she opened her own studio in Ceardlann Coille in Dingle where she lived and worked developing her Art for several years before moving to Galway where she is based in the Ceardlann Spiddal Craft and Design Studios.

Her labour intensive techniques involve making all her materials. Manufacturing paper backgrounds from pulp which are then hand-dyed, moulded and embossed, each piece of porcelain used in her creations handcrafted. The resulting creation has its own unique character and individuality, in essence, each piece created is an original.